Header illustration: (left) A swiss pocket-watch, the most complicated in the world; (inset) ‘no hammers’ sign; (right) bench of Swiss watchmakers’ tools. And for the smart-guys who immediately look for a hammer among the watchmaker’s equipment: that’s not a hammer but a very small mallet.

This post is about the equipment, chiefly intellectual equipment, needed to treat with a manuscript as problematic as Beinecke MS 408 – so it’s  more about expertise than about materials science; I’ll get back to codicology in the next post.

I expect that my broaching this subject may cause hackles to rise on some readers, while others will think it self-evident that any person who knows too little can only misinform those who know still less.

But from the range of matter on the internet, in papers issued as pdfs and even books in print, it is evident that the idea is general that with this medieval manuscript anyone can ‘have a go’ .

The bar for newcomers is certainly set highest for cryptological theories, of which few survive unless the proponent has taken time to study the history of cryptology and of methods already tried.

Next are studies that involve linguistics and statistical analyses. New readers should consider the work done by Julian Bunn, E.M. Smith and Koen Gheuens‘ latest post (and comments made to it) to get a clear idea of the present level of discussion in that subject.  Nick Pelling‘s recent post on ‘Currier A’ and ‘Currier B’ should also prove illuminating.

The bar against novices is less high when translations are claimed – hence the regular claims that the text has been translated.  Part of the problem in this case is the lack of persons with the time, languages and inclination (Voynicheros or not) to test and review such claims.  One wonders what sort of ‘peer reviewer’ is being invited by the publishers today; the book by Tucker and Janick was published by Springer (no less) but it is only thanks to the kindness of Magnus Pharao Hansen  that we know their claimed “Nahuatl” is not.

A neat illustration of the fact that it is inherent value, nor format, which makes information valuable.   Tucker and Janick’s book appeared in print;  Hansen’s refutation of their ‘Nahuatl’ translation in a blogpost.  The benefit of information published as book or blogpost is that it comes with a date-stamp – very helpful when trying to clarify questions of precedence, originality and attribution.

Poorest of all are standards for accepting or rejecting assertions made about the manuscript’s iconography or quasi-historical narratives.  Some adopt the form of scholarly papers while lacking such quality. Others don’t bother. Some few are by scholars who (like Newbold) made the basic error of accepting, untested, other persons’  unfounded or ill-founded assertions as their ‘givens’.

I am not suggesting everyone must leave the field who hasn’t formal qualifications in manuscript studies, materials sciences, comparative cultural history, or cryptography… or anything else.

A doctorate is no promise of  a balanced attitude and the history of Voynich studies shows its course regularly de-railed or misdirected by individuals who, being qualified in one field, imagine themselves omni-competent.

William Friedman is one of the earliest examples; his skill in cryptography is a matter of record but he was mistaken in supposing that all other matters – codicology palaeography, and the pictorial text – were inherently inferior studies which might be treated as ancillary to his own. 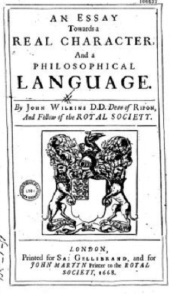 Where he might have set reasonable  limits for his search for ‘the cipher method’ by accepting the opinions of those better qualified to date and provenance manuscripts, his narrow focus meant that on the one hand he accepted many of Wilfrid’s assertions uncritically and, on the other, pursued his imagined ‘author’ as far as the seventeenth century.   He treated persons such as Fr. Petersen and Erwin Panofsky less as valuable guides than as sources from which to extract computable ‘yes-no’ data and overall showed that lack of balance and over-confidence that ensures failure, barring a miracle.

Again, Hugh O’Neill was a qualified  botanist, but his area of competence was the native flora of  Canada – and to a lesser extent, of Alaska.  Nothing in his writings, or in what others said of him during his lifetime  indicates any particular knowledge of, or interest in, medieval history, art, or manuscripts.  Nor does he seem to have paid due attention to Fr. Petersen, who had told him plainly and repeatedly that no palaeographer could support O’Neill’s bright idea.  O’Neill himself had so little interest in the question of historical context that he cannot have even tested the  ‘Columbus brought sunflowers’ theory against primary documents relating to Columbus’ voyages.  As for his ability to read the manuscript’s imagery  …  well, let’s call it naive.

And again,  Robert Brumbaugh.   A professor of philosophy with a chair at Yale, his area was the philosophers of classical Greece and, to a lesser extent, of Rome.  Presumably he knew something of classical history and languages as necessary adjunct to those studies, but his papers about the Voynich manuscript show no evidence that he was at pains to learn more about manuscripts, medieval history, botany, or the range and variety of star-lore and -science known in the medieval (or earlier) periods   What he read of cryptography seems only to have been in connection Voynich theories.  His acknowledgements reinforce the impression that he, too, imagined himself competent in all things because formally qualified in one.    His paper on ‘Voynich botany’ credits Hugh O’Neill’s paper, his own nephew Mr Eric Arnould and “a Mr Pero, of Syracuse, New York”.  Not a single colleague in botany or any other relevant discipline, not even from those at Yale.

Claiming to have ‘solved’ the text, Brumbaugh mentions Marjorie Wynne and Louis Martz, one being the Beinecke’s head librarian and the other its honorary director, a Professor of English.  But neither is mentioned as helping him learn more of codicology, medieval manuscripts or even medieval English texts –  but only for their ‘encouraging’ him.

However, give Brumbaugh some credit for keenness in observation.  As I write this, I see that I may cite him as precedent for noting as Dana Scott, and then I would later do, that the Voynich ‘aries’ are drawn as goats, not sheep, for he wrote in another paper that they are “[as] much like a goat as like a ram…”. See Robert S. Brumbaugh,’The Voynich ‘Roger Bacon’ Cipher Manuscript: Deciphered Maps of Stars’, Journal of the Warburg and Courtauld Institutes, Vol. 39 (1976), pp. 139-150.  (p.147)..  That the same observation had to be made independently in 1976, and (by Dana) about thirty years later, and again by me forty and more years afterwards can be attributed to two things: first, that a goat did not fit the usual theories and secondly the ‘groundhog day’ phenomenon which sees little accounting for precedence – an error which becomes exponential.  Today (in August 2019), the fact is being absorbed and repeated (if not explained) in a number of blog-posts and chat-rooms.  (Note corrected and expanded –  19thAugust 2019)

The issue, then, is not about qualified as against unqualified Voynicheros, but rather of an individual’s unreasonable self-confidence in their capacities, despite their limited range of intellectual tools, and their underestimating the complexity of problems and evidence presented by this manuscript.

To say that ‘anyone with two eyes’ can understand the imagery in the Voynich manuscript, or date its hands, or correctly attribute its manufacture to a time and place is as stupid as  a carpenter’s saying that because he has two hands and a hammer  he can put together a plane as good as any now flying.

To have one skill and a theory may be enough to make a useful contribution, but to suppose that instills the capacity for all other skills is to act like a child who claims they can fix a broken clock with just a  hammer. 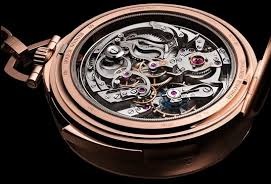 The task of understanding this particularly difficult manuscript is better compared to the work of an old-fashioned watchmaker, who must put together a great many separate, interlocking elements, aware of how each relates to and contributes to the workings – and whether each has been accurately formed by the makers. In this case the parts are explanations for those cues embodied in manuscript’s materials, structure and iconography; in connecting the historical and cultural cues with the evidence of linguistics, palaeography .. and quite possibly cryptography…

It is not a simple process.  It requires solid evidence and input from a range of competencies.  It is not as simple as theory-creation, effective theory-promotion, relying on the age of ‘canonised myths’, nor simply of logical thinking.  As one of my students once said, “This is hard because you have to know so much stuff”,

Logic is the pride of many Voynicheros, but logic is a tool which produces results no better than its ‘givens’.  Nor should people with an ability in the critical sciences suppose those of the pragmatic sciences are less intellectually demanding or easier than their own – or vice versa.

As one scholar said, in speaking to a group of cryptologists in 2013:

“.. breaking ciphers is all about testing hypotheses and finding *the* consistent solution, of which there will be only one. Historical research doesn’t admit of one neat solution and works very differently.”

Because, to repeat the revisionist’s theme-song: